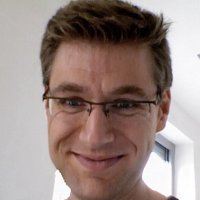 Just over 5 years ago, Patrick coined the term and started a movement that, to some degree, was already in motion. Professionals in the Agile and Continuous Delivery space needed something more that they could rally behind. Thus, the idea of developing greater empathy across business units (primarily Development and Operations) and focusing on ways to bring them closer together in the name of increased efficiencies and quicker software delivery cycles was given life and coined simply as “DevOps”.

I first met Patrick at the 2014 DevOpsDays event in Minneapolis, Minnesota. Confused as to why Patrick, who lives in Belgium, would make an effort to visit Minnesota, I realized that he was to deliver the closing keynote of “Five Years of DevOps” and one of the most thought-provoking talks of the event.

Since then, I’ve decided to pull together additional DevOps enthusiasts and experts in my area and coordinate a DevOpsDays event here in the Frontrange of Colorado called “DevOpsDays - Rockies”.

I had the pleasure to chat with Patrick late last week via Skype and hear his thoughts on a variety of subjects surrounding DevOps and the future of the movement. I’ve noted some highlights during our chat, so that you can skip forward if you are short on time, but I urge you to give the interview a full listen in it’s entirety as you have time.

Regardless to the direction DevOps (as a term) evolves and how involved Patrick chooses to remain in the movement, the ideas that he has helped spark are here to stay.

I’m excited to kick off my DevOps interview series with Patrick Debois. Look for more great interviews to follow in the coming weeks.

**Are you already a DevOps team looking for an incident managment solution that makes on-call suck less? Sign up for a 14-day free trial of VictorOps to start centralizing incident information and improve collaboration.